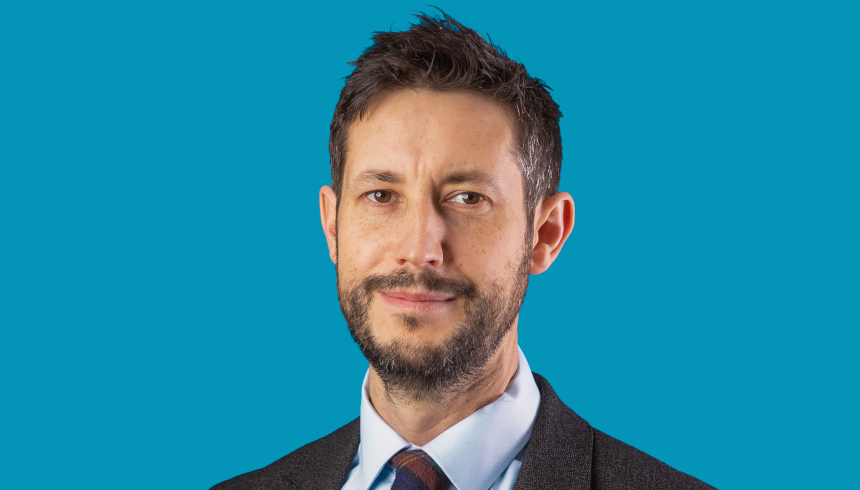 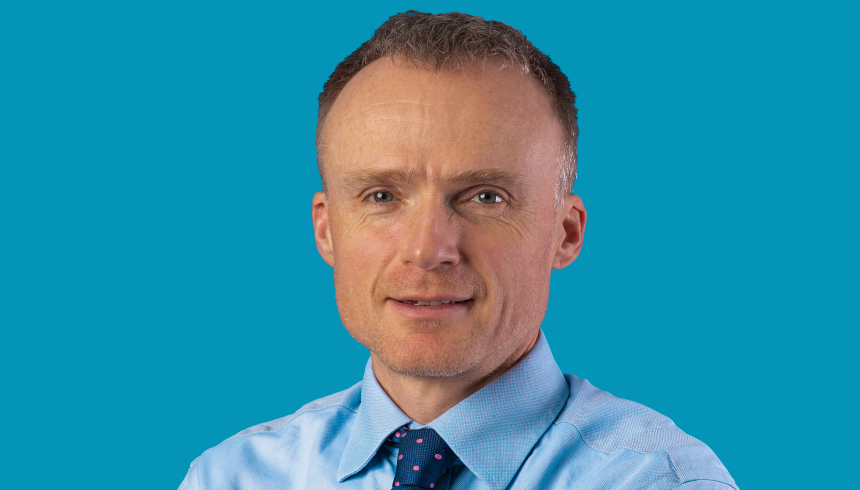 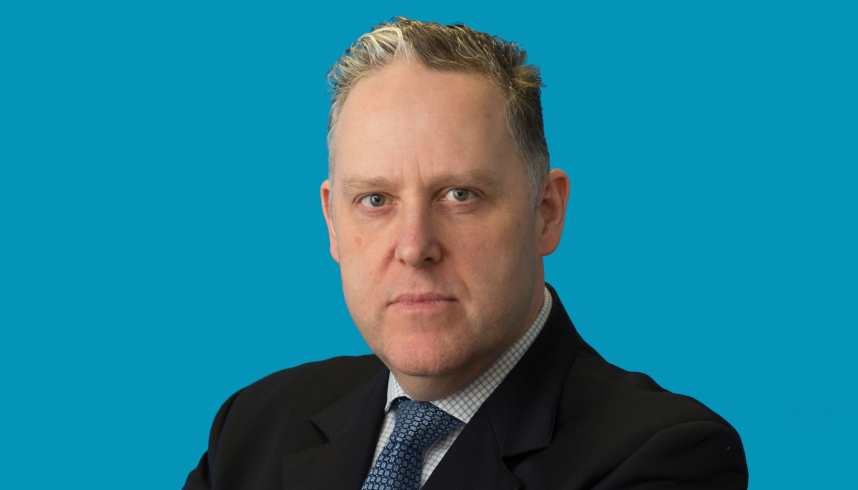 Nick’s first job following graduation was for the Cookson Group at its research centre near Oxford, where he carried out materials development and testing work. Following this, Nick returned to the University of Birmingham where he gained a PhD developing polymer matrix composite engineering components. Nick joined Cosworth Ltd in 1999 as a Materials Engineer, developing materials and processing technologies for Formula 1 Engine applications. This work included a large number of failure investigations on race and road vehicle components. In 2006 Nick joined ERA Technology Ltd, working initially in the Gas Turbine group on failure investigations and remaining lifetime assessment. He became increasingly involved in failure investigations in a wide variety of applications including power generation, petrochemical process plants, electrical distribution, general industrial and road vehicles. This led to his appointment as head of the Forensic Engineering service line at ERA, where he led a team of engineers supporting loss adjusters, insurers, manufacturers and owners/operators. Nick joined Hawkins in 2013, where he works as a Principal Associate based at our London office. 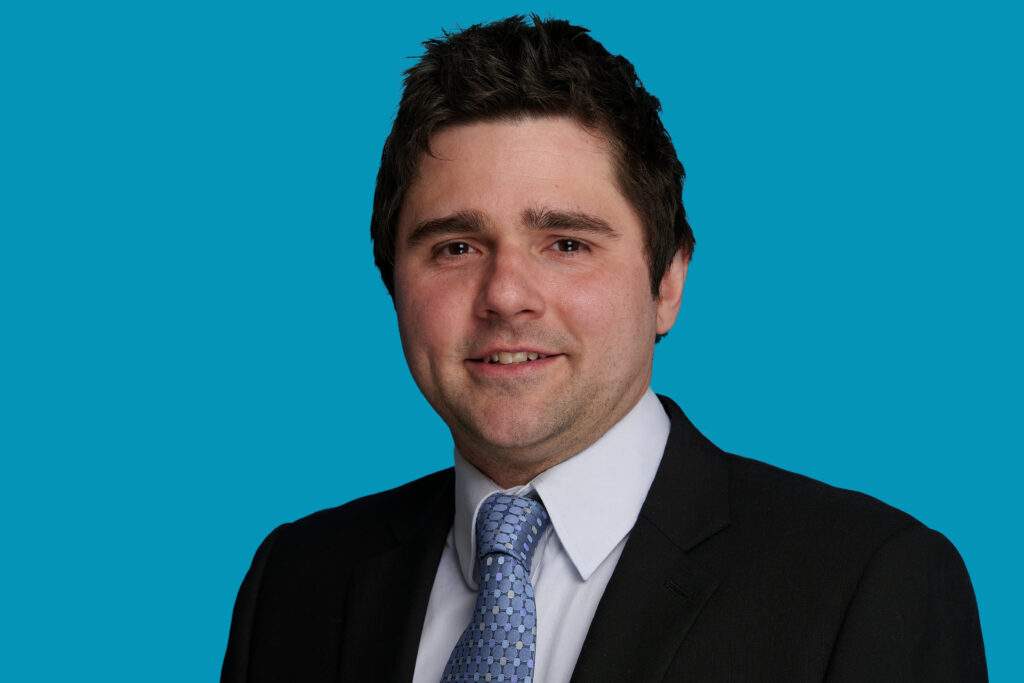 Richard completed his EngD qualification in 2017, working alongside Jaguar Land Rover, developing innovative adhesive bonding processes for high volume vehicle assembly. Throughout this work, Richard developed a detailed understanding of material joining techniques, associated test methods and failure mode identification. He also gained experience in the manufacture and testing of fibre ‑reinforced composite materials, as well as establishing an appreciation for the complexities inherent with using such materials. Prior to this, Richard completed a Masters Degree in Mechanical Engineering with Business Management at the University of Warwick. This degree brought with it an appreciation of a wide range of engineering principles with a particular focus on mechanical systems. Richard has also worked for Aston Martin Lagonda, focusing on the development and testing of new material technologies for use on future vehicles. This work primarily included adhesives and fibre reinforced composites, extending as far as material model generation for use with finite element structural analysis techniques. This work included substantial elements of durability assessment, understanding the durability limits of materials prior to failure, as well as investigating the effects of corrosive environments upon various materials and joints. Richard comes from a background in agriculture, where he spends a lot of […] 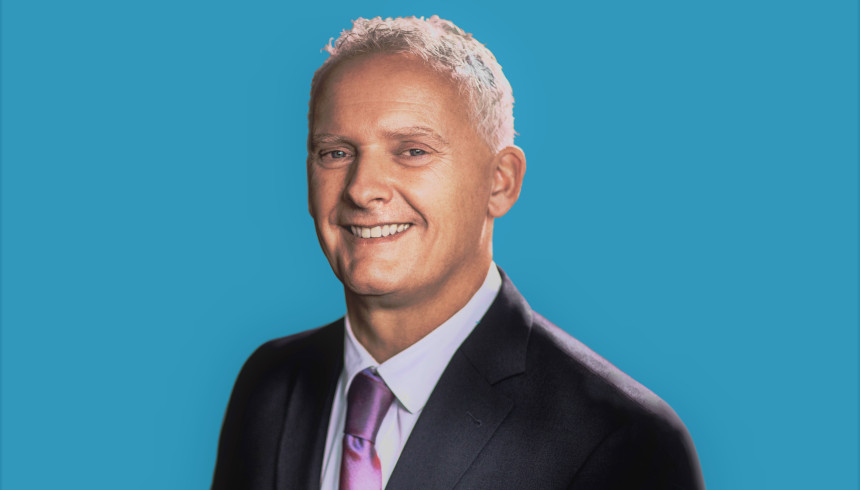 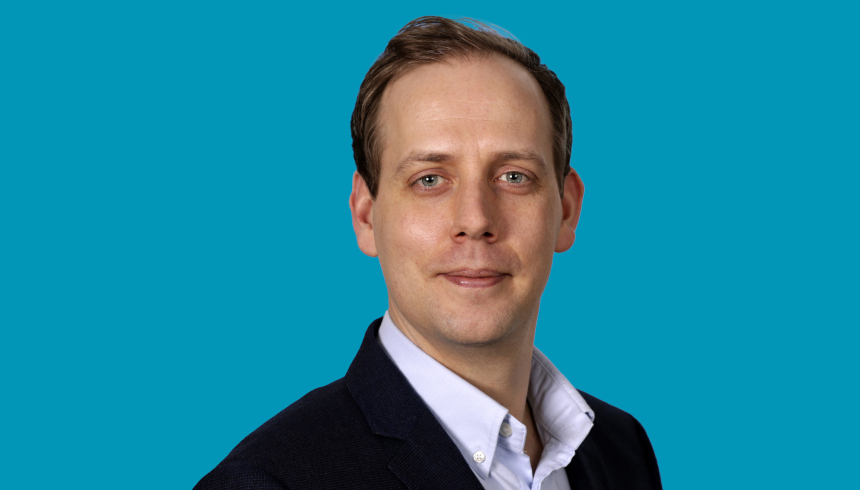 Jon graduated from Imperial College London in 2010 with a first class degree in Civil Engineering. Having previously worked in both Consulting Engineering with Atkins, as well as in Contracting with Sir Robert McAlpine, he has particular experience in assessment of existing structures for refurbishment projects. In addition to this, Jon has performed seismic surveys for residential buildings in high risk zones across the Middle-East. He was also seconded to Atkins Qatar as part of the Doha Metro project providing client support to a remote design team. Jon joined Hawkins in 2016 to strengthen our services in Civil & Structural Engineering investigations, but soon developed his skills to undertake fire, explosions and personal injury investigations. He has since investigated over 300 cases including fires, explosions, construction incidents, water ingress, foundation settlement and personal injuries. Jon has led investigations of a domestic, industrial and commercial nature, which have ranged in size from small losses through to multi-million pound complex claims. Jon is experienced in the legal process in both Scotland and England & Wales, and the preparation of CPR Part 35 compliant reports. He has experience advising solicitors and Counsel on technical engineering issues and has given expert evidence in the All-Scotland […] 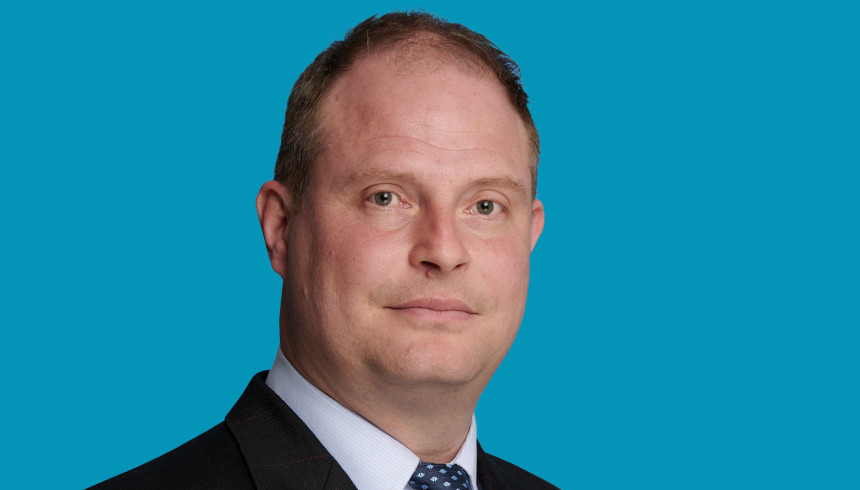 Following completion of his degree in Metallurgy at the University of Birmingham, Neville worked as a Graduate Heat Treatment Engineer at Wallwork Heat Treatment. This focused his knowledge of working in hazardous environments. It was from the work undertaken at Wallwork that Neville gained an interest in failure investigations and decided to broaden his knowledge by undertaking a Master of Science degree in Forensic Engineering and Science at Cranfield University. Following his Masters, Neville worked for Intertek Plc, running Rolls-Royce’sout-sourced Metallurgical Laboratory. This gave him exposure to materials science and general engineering of gas turbine engines and failure analysis. Intertek also undertook failure investigations from a wide range of third-parties. Through this work, he conducted over 100 metallurgical and failure investigations including: multi-million pound oil and gas industry losses medical devices and equipment railway rolling-stock and systems consumer products and patent infringement. After Intertek, Neville moved to Goodrich Corporation as a Materials Engineer where he investigated failures, non-conformance and manufacturing issues on hydraulic and electric aerospace actuation systems. Since joining Hawkins, Neville has specialised in the investigation of engineering failures and is currently working as a Principal Associate in our Birmingham office. 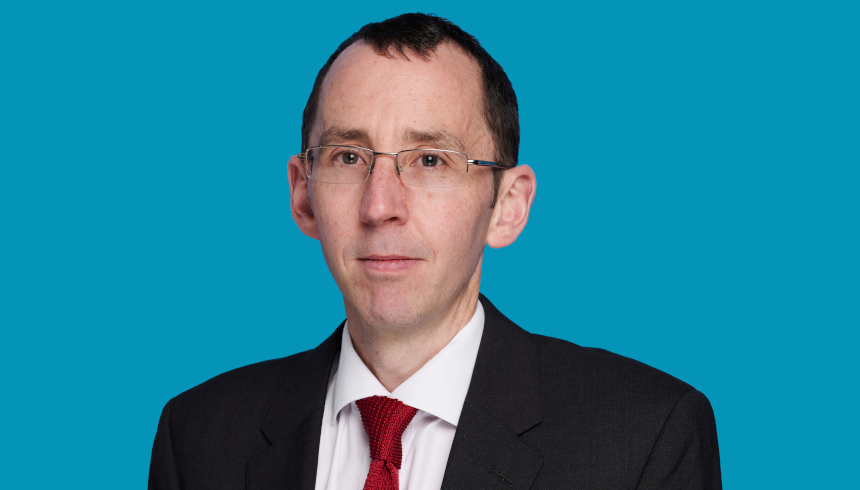 Having completed his PhD looking into the corrosion fatigue of stainless steel turbine blade materials, Ian’s career began working in the offshore oil and gas pipeline installation industry. Initially he worked on the construction of a pipeline installation barge in Turkey, before working offshore as a Barge Engineer during the installation of a pipeline in the Black Sea. Ian then spent a year working in Houston Texas on other offshore pipeline installation projects. In 2006 Ian moved to London where he worked as a Pipeline Installation Analysis Engineer. While in London Ian was involved in many interesting and innovative projects. He spent time offshore carrying out analysis during pipeline installation and dredging operations in the North Sea. He was also seconded to Baku in Azerbaijan to conduct pipeline installation analysis. Ian joined Hawkins in early 2009, where he trained in the investigation of fires and explosions to add to his engineering experience. Since then he has worked on a broad spread of forensic investigations. These have ranged from fires in domestic properties, restaurants and vehicles to explosions in factories. Since 2014 Ian has been investigating pedestrian fall incidents. These include slips and trips on level surfaces and stair falls. He […] 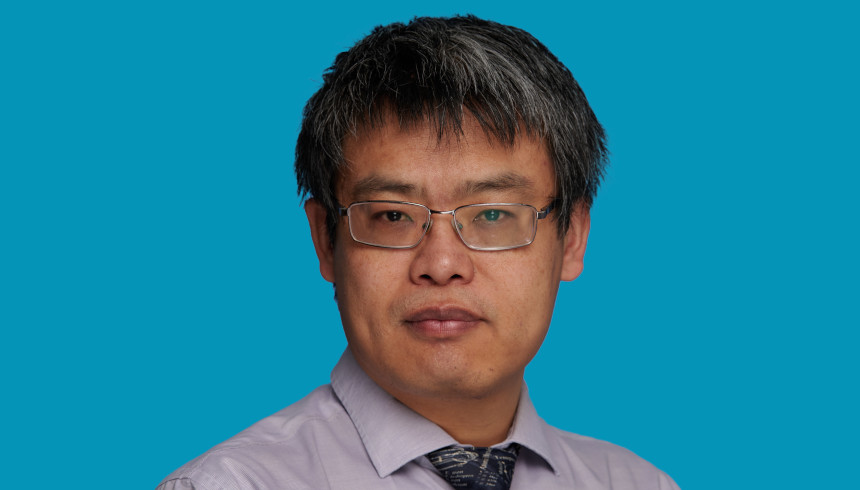 Lin began his scientific career by conducting PhD research on the structure-property-performance relationship of various engineering alloys during thermomechanical processing at the University of Sheffield. His work led to numerous publications in top international materials science journals, and was recognised by the award of an Outstanding Young Scientist Award from the Recrystallization & Grain Growth International Committee in 2010 and the Brunton Medal and Premium from The University of Sheffield in 2012. During his PhD study, Lin also worked on numerous consultancy projects involving advanced physical simulation and electron microscopy to investigate and solve materials processing problems faced by industrial clients. After his PhD, Lin pivoted to applied R&D by joining the Advanced Forming Research Centre as a Project Lead of the Materials Characterisation team. He was in charge of delivering multi-million pound Government and customer funded R&D projects to global industrial partners in the aerospace and defence sectors. He was responsible for the development and commercialisation of a wide range of metals manufacturing and joining technologies. He was also heavily involved in establishing and expanding the capabilities of the materials characterisation laboratory of the centre. In 2013, Lin joined the Department of Materials Science and Metallurgy at University of […] 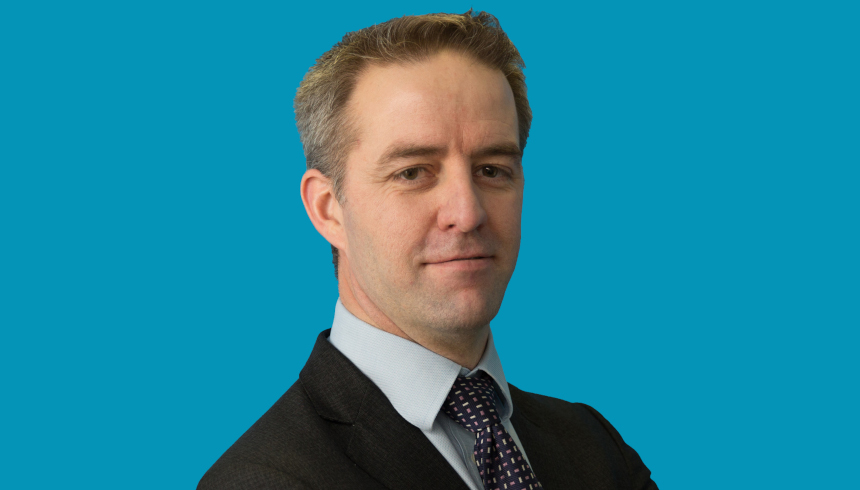 David graduated with an MSc in Mechanical Engineering from the University of Cape Town, South Africa in 2002. His MSc thesis involved the refinement of Electronic Speckle Pattern Interferometry, a laboratory based optical non-destructive testing technique. David began working in Forensic Engineering while he was employed by GBB UK Ltd, where he was involved in road traffic accident investigation and reconstruction. He gained valuable experience in vehicle examination and accident reconstruction. David joined Hawkins’ London office in 2004. He has led and managed the investigation of a large number of fires in domestic, industrial, commercial and health care settings. He has also investigated a wide spectrum of engineering-related failures and personal injury cases, as well as being involved in the reconstruction of traffic accidents. The incidents investigated to date include small domestic losses through to extensive flooding and fire damage cases, as well as catastrophic engineering incidents. He is a Chartered Engineer and a Member of the Institution of Mechanical Engineers. He has experience in the preparation of CPR Part 35 compliant reports, Experts’ Joint Statements and appearance in Court as an Expert Witness. From 2011-2019 David was also Regional Manager of our London Office, where he is still based […]