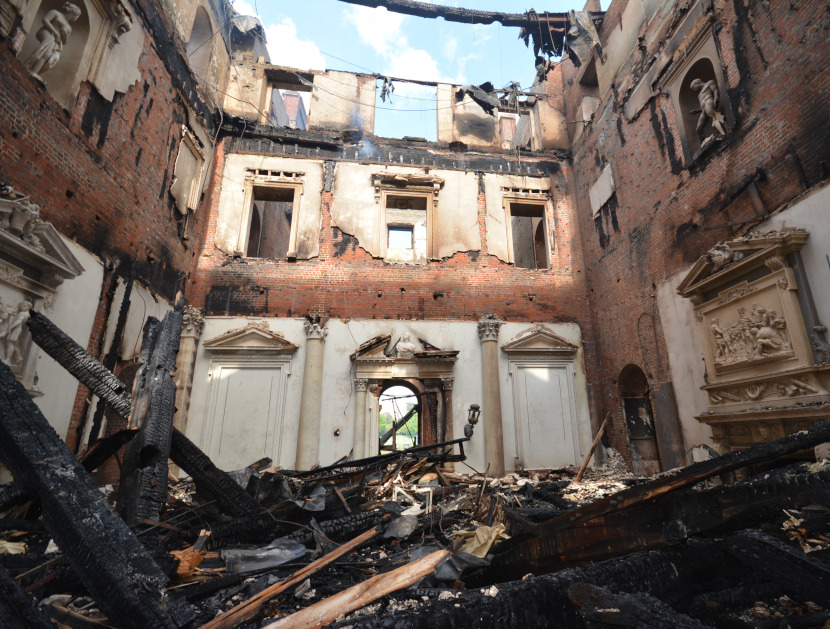 The British are known worldwide for our love of tradition, which goes hand in hand with our fascination with heritage buildings.  Varying enormously in scale, complexity and construction, heritage properties are buildings of special architectural or historic interest; but they were often originally constructed with no consideration of fire.

At Hawkins we receive around 10 fire instructions a day, and in 2015 we investigated 30 fires in listed heritage buildings.  Although heritage buildings comprise a small percentage of our overall fire investigations, their construction and traditional building methods can make investigating these fires very costly for insurers when it comes to recovery.

In many cases, either the fires or the damage caused by fire spread could have been prevented or mitigated.  Fire risk assessments should be completed by a “responsible person” to conduct a review of a property and identify hazards.  This person must be experienced with both heritage building construction methods and fire safety, as well as familiar with any relevant guidance, such as Fire Risk Management in Historic Properties (published by the Fire Protection Association) or the Building Regulations Approved Document B.  The building regulations are not retrospective, therefore buildings constructed prior to 1939 do not need to comply, but these regulations are an invaluable resource for modern construction, in order to help retard fire spread and improve building safety.

The risk assessments’ primary reason is to preserve life, but they can also be expanded to consider the loss of buildings and contents. More often than not, preservation of a heritage building’s irreplaceable or culturally important contents is paramount.  The less experienced risk assessor might approach fire risk management as if the building were of modern construction.  Assumptions might be made, perhaps due to lack of funds to investigate a risk properly, which can lead to disastrous results, as was apparent at Windsor Castle in 1992 when a fire started from a curtain draped over a spotlight.

A fire risk assessment must consider both likely causes of fire and the effects such fires might have on fire spread.  For example the seat, and spread, of an electrical fire in a void is much harder to detect.  However, installing wiring in conduit, using mineral insulated wires, or installing smoke alarms in voids would help both to prevent fires and help detect them early.  Fire extinguishers and sprinklers can also be effective at extinguishing fires early and limiting fire spread, provided that adequate training is given to staff.

Though numerous, it is important to consider and quantify all potential fire causes to mitigate risks.

Open fires and lit candles are often banned in heritage properties, thus eliminating the potential for an uncontrolled fire.  However, if candles or chimneys are used, never leave them unattended, and keep combustible items, such as curtains or logs, away.  Sweep chimneys at least once a year, before heating season, and inspect them regularly for damage, such as degraded mortar or gaps between bricks.

Hawkins has often seen inadequate adaption of old chimneys and fireplaces for multi-fuel stoves and their associated flues.  If the installer does not inspect the building, flues can be wrongly routed adjacent to original timbers that support the chimney or roof.  Once the stove is installed, the increased heat generated can be enough to ignite the old, dry timber in/around the chimney, causing a fire.

To mitigate these fires, carry out either a visual or smoke survey on the chimney, and install both the flue and stove in accordance with manufacturer’s instructions as well as Building Regulations Approved Document J.

This category includes everything from major refurbishment to changing a light bulb.  Work which involves structural changes to the building must comply with the current building regulations.  Nevertheless, major refurbishment works (other than like-for-like replacements without design change) can be an opportunity to examine the fabric of a building, and make upgrades to its compartmentation.

It is always prudent to seek alternative methods to hot works (particularly soldering, roof repairs, or paint stripping).  However, where hot works cannot be avoided, carry out a detailed, invasive inspection of the immediate area.  In our experience, visible combustible materials are often taken into account, but contractors do not necessarily investigate hidden voids.  A fire can easily start and quickly propagate through areas, like gaps between roof rafters, before being discovered.

By far the most common cause of fire seen by Hawkins, electrical fires can be caused by either the degradation of older installations or poor installation of new equipment.  Sometimes even frequent testing of an installation can miss developing faults.  To mitigate fire spread, install higher risk equipment, like consumer units, in fire resistant enclosures.  It is even possible to monitor the temperature of connections with consumer units so that, should a unit’s increasing temperature indicate a developing fire, it is automatically isolated from the electricity supply.

Though a well-known fire risk, people often become complacent about maintaining kitchen equipment or keeping kitchens and extraction systems clean.  During installation, kitchen extraction ducts in a historic building should be routed so that no contact is made with combustible material.  Guidance DW/172 produced by HVCA (Heating and Ventilating Contractors’ Association) suggests a minimum clearance of 500mm between fire-rated ductwork and combustible materials.  This is rarely seen in my experience.

Consider using fire suppression systems (either manual or automatic), which are designed to extinguish any fires quickly within the kitchen or extraction canopy.  These systems are largely either chemical or water based, but are only effective if they are regularly maintained or operated by trained staff.

Kitchen fires that spread to extraction ducts are primarily fuelled by grease deposits within the ducts.  Clean ducts frequently and fully.  A lack of inspection hatches installed within the duct, or the use of inappropriate cleaning methods, can often hamper the cleaning process.  Explore all possible cleaning methods including: wet vacuum, chemical clean, hand wash, and steam/high pressure wash.

Insurance policies often dictate that cleaning is only carried out annually, as such, busy restaurants and cafes are not cleaned as frequently as they should be.  Guidance TR/19 (published by HVCA) recommends cleaning at least every 3 months for heavy use (12 to 16 hours a day).

In summary, it is crucial that any heritage building fire risk assessment is carried out by a “responsible person”, knowledgeable and experienced with both heritage buildings and the causes and spread of fires.  Attention to detail is of paramount importance when examining both the causes of fire and potential fire damage.  Practical and cost effective measures can be taken to mitigate risks, without damaging the fabric of the building.  After all, the heritage building, its contents, and its cultural significance are what we want to preserve for future generations. 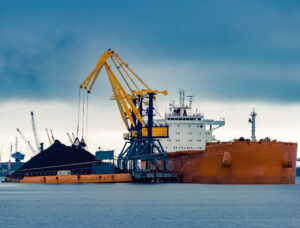 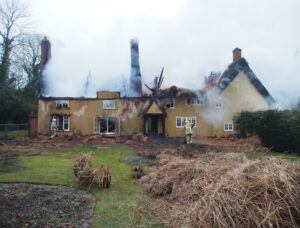 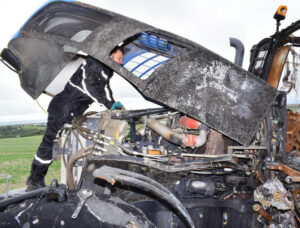 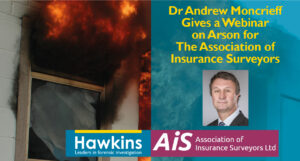