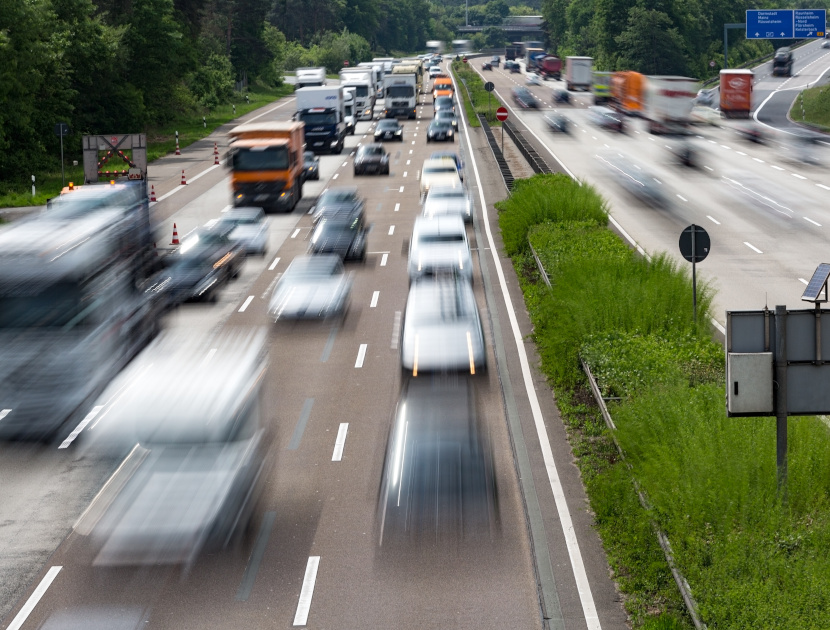 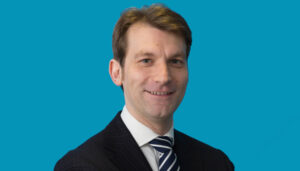 On UK roads in 2018, a total of 160,597 personal-injury road traffic collisions were reported to the Police, with at least one fatality recorded in 1,784 of those collisions. When compared to previous years, road deaths have been falling, although for the last 5 years the numbers have plateaued at around 1,500. Collisions often occur at junctions; in a common situation, the driver of a vehicle (vehicle 1) will commence a manoeuvre without registering the presence, or speed, of another approaching vehicle (vehicle 2). If the driver of either vehicle does not have sufficient time to react to the hazard or distance, in order to avoid the hazard, the vehicles then collide.

The starting point that forensic collision investigators use for the reconstruction of a collision is often the point when the drivers of the vehicles involved would have first been able to see each other (or each other’s vehicle). An alternative approach is to consider when vehicle 1 became a hazard to vehicle 2. If this time can be calculated, then the position of vehicle 2 can be analysed relative to vehicle 1. If, for example, vehicle 2 was obscured from view when vehicle 1 began to move, this may explain why the driver of vehicle 1 did not register vehicle 2’s presence.

The time taken for a vehicle (in this example vehicle 1) to accelerate from rest, as when pulling out of a junction, in order for it to reach the point of the collision, is dependent on the rate of acceleration. This time is often quoted in ‘g’, or the acceleration of an object due to gravity in m/s2. Road vehicles have the ability to accelerate at a variety of different speeds; this is especially evident in cars, where some are designed for performance and others for economy. However, in practice, car drivers will normally accelerate at a ‘comfortable rate’ for the preference of the person driving, rather than at the maximum permissible rate at which the vehicle will accelerate. The importance of defining a ‘comfortable rate’ has been known since the 1930s, and as a consequence, the subject has been studied and reported many times in scientific papers since. However, as one may expect, despite the number of studies, there is no agreed value for the ‘comfortable rate’ amongst road traffic collision investigators.

This article reviews and comments on the published literature currently available for the acceleration of vehicles, noting both the methods used to collect the data and the data analysis techniques. As described above, knowing the acceleration speed of a vehicle is important when reconstructing a collision, consequently studies have been carried out in this field. From the work carried out by Donald W Loutzenheiser [1], and by the Oregon State Highway Department in 1938 [2], it has long been known that a vehicle’s rate of acceleration will reduce with time as the vehicle approaches the driver’s desired speed. Whilst this research is certainly old, the conclusions derived have since been supported by a number of other studies. For example, Robert Brooks [3] explains that the average acceleration throughout a manoeuvre can be calculated using the following model:

‘A’ is the maximum acceleration of the vehicle, during the initial moments of the manoeuvre, and ‘B’ is the rate of decrease in acceleration as the vehicle’s speed increases. Brooks et al referred to the results of a 1981 study undertaken by William D Glauz (“Projected Vehicle Characteristics Through 1995”, published by the Transportation Research Board), who reported the values of A and B to be 2.85 and – 0.0853, respectively (presumably m/s2).

In 1998 Luciano Battiato [6] studied 200 German drivers of manual cars in urban traffic and reported an average acceleration of 1.3 m/s2 up to a time of 6 seconds. A similar study of German drivers was also undertaken by Ralf Krause [7]. His 2002 paper gives the results of studies on cars setting off from rest at junctions in and out of towns; Krause studied cars turning left and right, and also moving forward, straight on. The paper also discusses the accuracy of the statistical analysis, highlighting that the arithmetic mean value can be influenced by extreme data. Krause reported that, for cars accelerating straight on from rest, after 5 metres the 20th percentile to 80th percentile acceleration was 1.6 to 2.3 m/s2. After 15 metres, the 20th percentile to 80th percentile acceleration was detailed to be 1.4 to 1.9 m/s2. The most recent German study was undertaken by Frank Lange [8] in 2006, who took readings of 33 drivers (all unaware they were being observed) pulling away from a traffic light. Lange noted that some drivers edged forwards slightly when the light changed to amber, and only accelerated further once the light changed to green. As such, the acceleration was calculated over a distance from 3 metres to 12 metres, starting from the car’s rest position. He reported that the acceleration was between 1.5 and 2.5 m/s2.

In 2010, Andrew Craig [9] published the results of a study where vehicles were filmed pulling out of a junction onto a wide Canadian road. From a total of 95 cars accelerating from rest, he reported an average acceleration value of 0.8 m/s2, although he does not state over what distance this was measured. He also concluded that the limiting factor in how much forward acceleration can be generated is the resulting lateral acceleration. As a car accelerates faster around a corner, the lateral acceleration from cornering increases with the square of velocity. Craig’s results are generally much lower than those presented by other (mainly German) researchers. As Craig had filmed a wide Canadian road, his results may not be transferable onto narrower, European roads, where a vehicle can complete a turn under relatively quick acceleration without reaching a speed whereby a significant lateral g will be developed.

Generally, the above listed studies found that drivers often accelerate at a higher rate when driving straight ahead than they do when making a turn. Acceleration rates in a city or larger town tend to be slower than those in rural areas. However, in all cases, the rate of acceleration decreases with time as the vehicle approaches the driver’s desired speed. Whilst not all the studies agree, it seems that the results the published literature indicates that a ‘comfortable rate’ of acceleration would be in the region of 1.5 to 2.0 m/s2. Therefore, if in a collision the distance moved by a vehicle from rest is known, using a ‘comfortable rate’ of acceleration, the time for which the vehicle had been motion can be calculated. That then forms a basis of further calculations.

Before joining Hawkins in 2014, Charles Murdoch worked in failure investigation for Rolls Royce. Charles has expertise in road traffic collision reconstruction, particularly where the analysis of CCTV is required. As a keen motorcyclist, a large proportion of Charles’ work includes protective headgear cases and two-wheeled vehicles, whether working on behalf of a claimant or defendant.

[4] Manfred Becke, “Anfahrbeschleunigungen von Personenwagen” (The acceleration of Cars), May 1986. 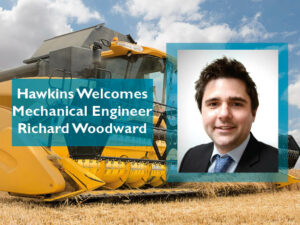 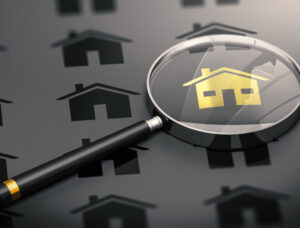 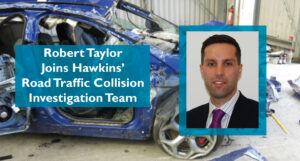 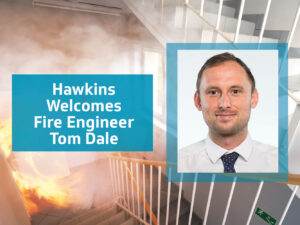